Get the latest in adventure straight to your mailbox

Canoes vs Kayaks – Which one is the right choice for you?

If you are new to paddling and trying to figure out which boat would suit you best, you’re going to be faced with the canoe vs kayak dilemma, this is a common question for people looking to get into this activity. In this article, we’re going to dive in and give you a full breakdown of the differences between the two and the pros and cons of owning either craft. 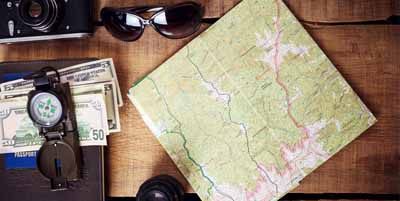 Looking for Christmas or birthday gifts for your adventurous loved ones? Check out our ultimate guide

What is a Canoe & What is a Kayak?

Also, as mentioned above, canoes commonly have two bench-like seats that are fixed to the sides of the cockpit so that when a paddler sits in a canoe, their posterior is positioned level with or, just below, the gunwale with their feet resting flat against the bilge as if they were sitting in a chair.

Whereas kayaks commonly have either a molded composite or plastic seat positioned just above the bilge which forces the paddler to extend their legs out in front of them with their feet resting against a pair of adjustable foot pegs, and their knees resting against the underside of the front deck which aids the paddler in manoeuvring the craft. Some people invest in a more comfortable kayak seat which offers good back support. This makes longer journeys more comfortable.

Parts of a Canoe – Plan View

Parts of a Canoe – Side View

What is Rocker on a Canoe

Canoeist most often use a single bladed paddle and either move the paddle from one side of the canoe to the other, or, they use something called a “J stroke” to keep the canoe traveling in a straight line.

Kayakers commonly use a double-bladed paddle which they use to paddle first on one side of their craft and then on the other without having to move the paddle across the cockpit.

Kayak types can be further sub-dived into:

So, at this point, you are probably wondering what the differences are between all of these different types of paddlecraft, so let’s start with canoes.

What are the Differences Between the Types of Canoes?

To begin with, recreational canoes are commonly between 13 ft. and 17 ft. long and are designed to have a high degree of initial stability as well as to be easy for the paddler or paddlers to control and because of this are the most common type of canoe chosen for paddling on lakes, ponds and, slow moving rivers. These are equally good canoes for families as they are for one person canoes.

Square stern canoes are built with a flat rear to accommodate a motor if so desired. These are a good idea if you’re going on an extended trip when the gentle output from a small trolling motor can give you a well-earned rest from paddling.

Whitewater canoes on the other hand, are often significantly shorter than recreational canoes and have a higher degree of rocker in order to make them more manoeuvrable, but, they are far more difficult to paddle in a straight line. In addition, they generally have a much lower degree of initial stability than recreational canoes in order to enable the paddler to lean them on their chines. They are generally outfitted with air-filled floatation bags to prevent water from filling the cockpit and sinking the craft.

Racing canoes differ from both recreational and whitewater canoes in that they are much more narrow in order to present less wetted surface area for increased speed, and they sit lower in the water to help compensate for the lack of initial stability. Plus, they generally lack bench seats and instead, the paddler or paddlers kneel in the bilge, which increases their initial stability.

Parts of a Kayak – Plan View

As mentioned above, not only are there three different categories of kayaks, there are seven different types that are all designed for specific purposes.

As the name implies, sit-inside kayaks have the classic closed cockpit with a seat that is positioned adjacent to the bilge

whereas sit-on-top kayaks have open cockpits just like a canoe does and, the same is true of inflatable kayaks (below).

Recreational kayaks are generally rather wide in order to provide paddlers with a high degree of initial stability and rather short to make them highly manoeuvrable.

Both sit-on-top and inflatable kayaks are considered to be recreational kayaks.

Similar to recreational kayaks, most whitewater kayaks are sit-inside designs that are also rather short, but, their hulls have a much higher degree of rocker in order to make them even more manoeuvrable.

Next, there are surf kayaks which, at first glance, often appear to be very similar to whitewater kayaks but which have hulls that are specifically designed for surfing waves.

Day Touring Kayaks on the other hand are often available in both sit-inside and sit-on-top designs and, they are generally significantly longer than whitewater kayaks in order to provide the paddler with more speed for paddling over longer distances. Plus, they have less rocker in order to better enable them to travel in a straight line (called tracking) with less effort. Day touring kayaks are most often chosen for medium range padding excursions.

Next we have expedition kayaks, and as the name implies, are specifically designed for long range paddling excursions as well as for kayak camping. All expedition kayaks are sit-inside designs, they are generally longer and wider than day touring kayaks with more internal volume and sealed bulkheads. This provides both extra dry storage space for camping gear, food, and fresh water, as well as additional floatation.

Last but not least, there are two different types of racing kayaks consisting of sit-inside designs which are simply called “racing kayaks” and “surf skis” which are all sit-on-top designs. However, both types are much longer and much narrower than either day touring or expedition kayaks and they have a significantly higher degree of rocker. Both types are much faster than day touring or expedition kayaks but, they are also far less stable. They generally require a rudder to keep them traveling in a straight line despite their length.

So, now that you have a basic understanding of the different types of canoes and kayaks, you might be wondering what the pros and cons to each type of paddlecraft are, so we’ve listed these below:

Canoeing and kayaking are quite different experiences from each other.

The most obvious difference is the paddle characteristics and how you use it to move through the water.

The image above shows the differences between a canoe paddle and a kayak paddle. Canoe paddle being single-bladed and the kayak paddle having 2 blades, one at each end of the paddle.

Let’s assume for a moment, that both vessels are single-seater, solo craft.

To turn right you would paddle the canoe on the right-hand side only, and the left-hand side to turn left.

Alternatively, you can steer the canoe by inserting the paddle into the water and angling the blade like a rudder to facilitate the turn. This method can only work when the canoe is already moving.

To turn right you would paddle the kayak on the right-hand side only, and the left-hand side to turn left.

Alternatively, you can steer the kayak by inserting one end of the paddle into the water and angling the blade like a rudder to facilitate the turn. This method can only work when the kayak is already moving.

Canoe vs kayak pros and cons:

Advantages of a Canoe

Disadvantages of a Canoe

Advantages of a Kayak

Disadvantages of a Kayak

Canoes vs Kayaks: Which to Choose?

So, as you can see, not only are there several types of canoes and kayaks designed for different purposes, they each have many different pros and cons.

How important is speed to you?

If you are one of those people who prefer to glide across the water with a minimum of effort while covering long distances during the course of the day, then a kayak is a better choice.

How important is stability to you?

If you are one of those paddlers who is intimidated by the idea of capsizing, then a canoe is a better choice.

How important is manoeuvrability to you?

If you plan on exploring convoluted coastlines and/or entering creeks, or paddling in swamps, marshes or bayous, then a kayak is a better choice.

How important is load capacity to you?

If you are one of those paddlers who doesn’t mind traveling at a slower pace as long as you have plenty of room for all of your camping gear and/or a fellow paddler or a paddling companion, then a canoe is a better choice.

What type of water will you be paddling on most often?

Will you be frequently entering and exiting your paddlecraft?

If you are one of those paddlers who plans on entering and exiting their paddlecraft frequently during the day to explore land features, or to portage from one body of water to another, then a canoe is a better choice.

So, as mentioned above, the choice between a canoe and a kayak really comes down to personal choice since they both have advantages and disadvantages that cause paddlers to choose one type of paddlecraft over the other.

It is important to carefully consider what type of water you will be paddling on most often as well as to contemplate your answers to the questions listed above so that you can choose the type of paddlecraft that best suits your intended purpose.

Regardless of which type of paddlecraft you choose, paddling is a great way to get outdoors and have fun on the water during the warmer months of the year as well as to explore local bodies of water.