If you’re looking for information on stand up paddle boarding you’ve come to the right place. Paddle boarding is one of the fastest growing outdoor sports in the world, and with good reason. There are many benefits to the sport that crosses paddling with surfing. We’re hooked and we hope to pass on our enthusiasm to you.

Get the latest in adventure straight to your mailbox

There are some very good reasons why paddle boarding is taking off around the world, find out now.

Read about the Benefits of Paddle Boarding >>

How to Choose a Paddle Board

Understanding some basic principles will enable you to make an educating purchase when searching for a paddle board that suits you and your needs.

Read how to pick the right paddle board >>

How to Stand Up Paddle Board

Getting on your paddle board is one thing, staying on is another! This article is full of tips to help you get there.

Learn how to paddle board >>

Take a look at which brands are leading the way with innovation, quality, and a reputation for delivering on multiple fronts.

There’s lots of information out there about SUP board types, paddle and how-to guides, but what about things to wear? We got asked so we addressed the question.

Find out what to wear paddle boarding >>

Paddle boarding looks like a fairly straight forward sport to get into and this is true to the extent that there is a pretty low barrier to entry. But, there are some key points that are worth knowing and understanding to make the most of this fast growing pastime especially if you’re going to invest in decent gear.

There are many things to consider when looking for the right inflatable paddle board to meet your needs.

There are the usual things for any SUP such as the right size board for your weight etc, we answer these questions and more.

View all of our recommended iSUPs

Best Paddle Board for Lakes

Paddle boarding on lakes is huge around the world as not everyone is fortunate enough to live on the coast.

Many actually prefer it to ocean paddling as it can be a lot calmer and more of a serene experience.

View all of our recommended SUPs for Lakes

With the explosion of paddle boarding as a fun hobby, manufacturers everywhere have taken the opportunity to create some interesting and useful accessories.

We’ve scoured the internet to bring you a selection of the best SUP accessories available.

What are the Best All-round Paddle Boards?

A lot of paddle boards are designed to target a specific type of paddle boarding such as racing or surfing, but some target the leisure paddle boarder who’s looking for a generalist board that can do most activities quite well.

In this article, we look at the best from this sector.

See our Review of the Best Paddle Boards

If you’re just starting out with paddle boarding you need a board that’s very forgiving.

There are a number of paddle boards on the market that are geared towards the novice and we put several of them through the review process.

Our Top Pick: The Montauk

Some paddle boards do not come with a paddle, some are lost to the deep, some just need upgrading. Whatever your reason, if you’re in the market for a new SUP paddle you should read our in-depth guide to paddle board paddles.

See our Selection of SUP Paddles

Wearing personal floatation devices / life vests are now compulsory in many countries when paddle boarding on the ocean. But which one is right for you?

What are the Best PFD’s for Paddle Boarding 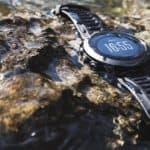 Watersports and wearing our personal tech are usually a disaster waiting to happen unless of course, your tech is waterproof. 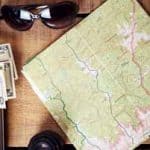 If you’re looking for gift ideas for your family or friend who loves the great outdoors, we’ve got you covered with this extensive list of great gift ideas.

Anyone who has ever tried stand-up paddle boarding knows that it is one of the most invigorating and liberating physical activities out there. It has grown tremendously in popularity in recent years. With many people looking for ways to get outside and enjoy nature, paddle boarding has become the perfect activity.

Did you know that stand-up paddle boarding has been practiced for thousands of years and across many countries, although its contemporary form and popularity originated in Hawaii in the 1900s. SUP’s predecessors date back at least 3,000 B.C., and its variations span over several countries including Peru.

The Hawaiians used a large board to help them navigate the shallow reefs and lagoons near their island homes. Eventually, people started standing on these boards for sport or recreation, which was called “surfing”. In 1898 surfing became an official sporting event at formal Hawaiian gatherings known as hui.

In 1993, Tom Warshaw introduced paddle boarding to mainland USA when he brought his surfboard with him on a trip from Hawaii to California. He began practicing yoga positions on the board and would stand up to paddle out beyond the breakers.

The ancient Hawaiians already had canoes when they first hopped on a wooden board and caught a wave to shore. They used paddles to propel and stabilize the ocean canoes and would have undoubtedly used paddles to do the same while standing atop the primitive surfboards. Over time the speed and agility of the surfboards made surfing more popular and the precursor to SUP fell by the wayside.

It wasn’t until Laird Hamilton, highly regarded as the greatest big wave surfer of all time, took a particular interest in SUP that the sport began to gather momentum. Growing up in Hawaii he knew about SUPs and saw pictures of them in books. The itch caught hold and Hamilton just had to scratch it. He already had access to the board. Swapping in the modern lightweight short board for the heavier, yet more stable long board, Hamilton was able to actually stand on the board even on flat (no wave) days.

The paddle turned out to be the biggest hurdle, which took Hamilton months to develop and his search took him from the shores of his home in Hawaii to the California coast. Hamilton’s obsession with developing the modern SUP is one of the biggest reasons why stand up paddleboarding is so popular the globe over, with people even use paddle boards for yoga or fishing now.